Nepotism is opposite of integrity. Nepotism is favoristm granted to relatives or friends regardless of merit. I’d extend the definition to also include their political party, party workers and those who are willing to oblige in cash or kind to have a favor granted.

Actually, there’s nothing wrong is showing patronage. Business owners routinely bring in their sons and daughters to succeed them or give important positions to their close relatives, despite lack of experience or merit. We (as in you and me, the common people) are likely to prefer our friends and relatives for admission to school or college, wherever or whenever we can. We seek letters of recommendations from MLAs and other senior functionaries in power to help us get something out of turn, or on priority, or at the expenses of someone else; like a gas connection, a job, and admission in college, etc. We also push 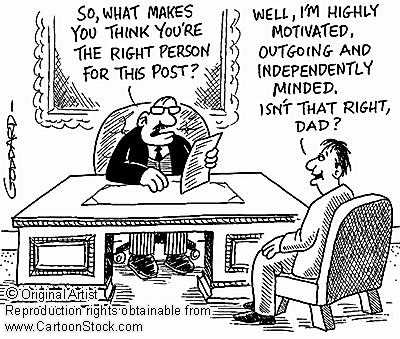 our friends and relatives into organizations that employ us by ‘putting in a word’, or by using ‘connections’ inside the company.

The difference however is that the politicians in power do it at the expense of exchequer, compromising the integrity of the country for personal gains. The gains, willy-nilly, are monetary, with amount involved being embarrassingly large. Their actions are tantamount to stealing. Much like what East India Company did to India. (For those who don’t know, when East India Company took India in the 18th century, India used to account for 25% of world’s GDP. What they left behind was one of the poorest countries in the world. Even today, 62 years later, India just accounts for about 2% of world’s GDP).

We brandished the Britishers as imperialists and fought tooth and nail to throw them out! Only to see a new breed of imperialists take-over – the modern day politicians.

We require the same zeal to throw these politicians out.

To get to my solution, let me reiterate what you already know, i.e. how are politicians plunder our country?

The moment politicians annex power (or are given power), they do two things:

The former entails ‘paying back’ the investments others made on them; the latter takes care of their own financial well-being, so that unkee saat pushte araam se jee saken.

Here’s my simple plan that kills both problems from the root:

Suggestion 1: Bring all political parties under the ambit of compulsory financial audit.

Compulsory audit will kill the source of illicit funds into political parties, curbing election expenses, which is where corruption takes it roots. Such an audit will be fair as it will apply to all the parties. Actually, it will benefit smaller parties and individuals, as they will be able to contest elections on merit rather than money power.

tackles the second sin of politicians – creating prosperity for themselves.

Let’s look at awarding of projects:

Today, projects are created and awarded surreptitiously, in the most opaque manner possible. Tenders are slipped into least-read newspapers, last dates are fixed arbitrarily, cronies are circulated details in advance, and disfavored parties rejected on flimsy grounds. You’ll smell all these in the infamous 2G scam.

Is it possible to award projects transparently?

E. Sreedharan (Delhi Metro, total project over Rs.30,000 crores) and Nandan Nilekani (Adhar, UID project worth over Rs.10,000 crores) and have set perfect examples of how large government organizations can choose competent vendors transparently, without having to compromise on the final delivery. We could get these two gentlemen to suggest a process that all government departments maybe mandated to follow for selecting vendors. Even more important, no politician should be allowed to have any say in the final selection!

The two suggestions above would kill corruption from the roots. Compulsory audit of political parties will prevent illicit cash from entering politics as there will be a trail available for all cash funds received and spent. By awarding project transparently, we’ll kill nepotism.

Residual corruption after implementing the above two will be comfortably handled through the to be constituted Lokpal bill, as this will ensure that both bureaucrats and politicians in power can be prosecuted.

What’s required now is replicate the lessons learnt from Lokpal agitation to get the parliament to pass a bill that makes financial audit of political compulsory.

I’d love to hear your views.