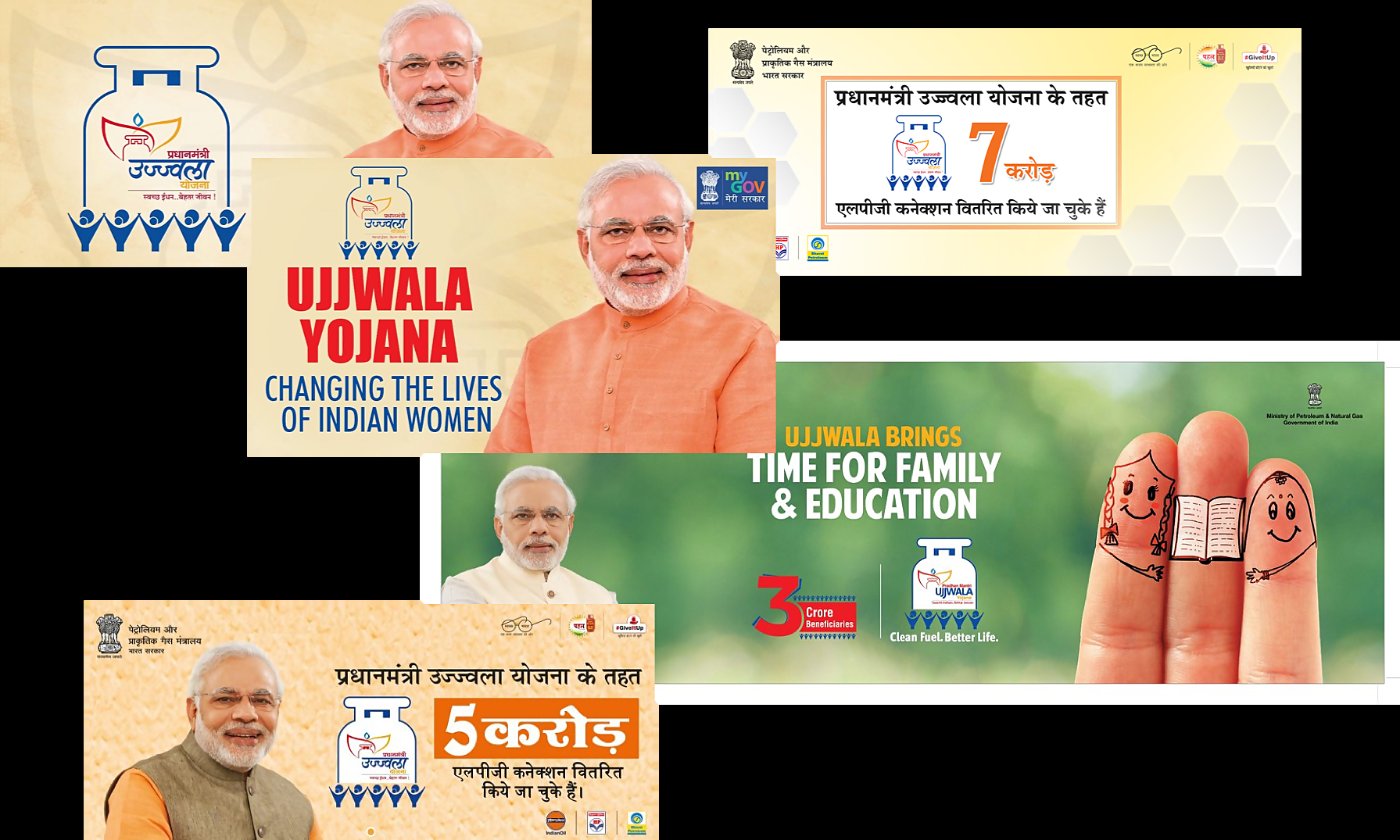 Mr. Modi’s flagship Ujjwala, or free LPG for poor women, was aimed at liberating them of polluting choolha. Raghav Bahl, Managing Editor of Quint, rates it as Modi government’s greatest achievement. I’d second him. But will give negative marks for implementation. While it may have delivered an LPG gas connection plus a cylinder for free to 80 million households, majority are unable afford refilling the cylinder. It has, of course, delivered unprecedented visibility to Mr. Modi, along the way eating-up huge marketing revenue of oil companies(57,000 bill boards in every single petrol bunk for nearly 5 years now).

The program is an example of opportunity lost, one of the biggest in modern in India. It provided a chance to provide affordable, clean cooking gas to everyone. Poor, middle income or rich. Without any subsidy from government.

This would have easily possible. All the government had to do was to learn from its past successes. (In management, we call this case study learning).

Let me take you back about 25 years. Three government companies in those days – VSNL, BSNL and MTNL – were entrusted with the responsibility of providing telecom services to 96 crore Indian citizens. Employing over 300,000 work-force, these monopolies were among the most profitable companies in India. But the citizens only got sub-standard service from them. Long wait list to get a phone connection. Phone lines that went dead with the roar of approaching clouds. Besides call drop, cross-connections, and disturbance on phone lines, congestion made it a challenge to connect call for hours once off-peak call rates came into effect at 10 pm. A 3-minute inter-state (STD) call used to cost what entire month’s telephone bill costs today. A 3-minute call abroad would cost more than monthly income of an average Indian! Small wonder people used locks to restrict access to their precious phones! In short, phone service was expensive, unreliable and not available in large enough numbers to serve the majority. The number was barely a quarter million.

How did it all change? And rapidly enough for my generation to witness it?

Within 5 years, over 3.6 million had access to mobile phone services, along with 32 million landline phone connections. (Over the following five years, this figure grew 25 times, to 101 million. See chart below. (Read 2017 report: Telecom Statistics on India). Rates dropped too. Today, we have the world’s lowest telecom tariffs. Though the service may not be the best, but its generally good.

What did the government actually do to bring about this transformation? It just stepped aside. Shaped policy. Then, played referee, making sure everyone participated by the rules. Along the way, it kept its eyes and ears open, continuing to make changes to keep the policy up with the times. Much the way IPL has emerged into a force it is in ten short years!

According to a report in MINT, India’s telecom story is a shining testament to how policy clarity, political conviction for reforms and private entrepreneurship can deliver outcomes, within a decade, that government intervention and well-intentioned bureaucratic thinking cannot even conceive of.

The simple point is when the government focusses on policy and plays a good referee, everything takes care of itself.

I believe a similar approach to reach clean cooking fuel to millions could have transformed India. Multiple players. Entrepreneurship. Innovation. Investments. And lo and behold, everyone would have had reliable supply of clean fuel inside their kitchens, delivered at affordable price.  With zero government subsidy. And possibly at rates that are the lowest in the world.

If you wondering how, think how the FMCG companies have made their products affordable for the poor – sachets. Think how cable companies have managed to reach and retain their subscribers deep into rural India – local cable operators. Think chhota recharge plans mobile companies offered to bring near 100% mobile penetration into India.

I wonder if the intent was to solve a problem?  It seemed it was a vehicle to strengthen Mr Modi’s image. You couldn’t have missed the 150,000 hoarding across India giving credit to Mr. Modi for  the free gas connections, with numbers growing from 1 crore to 7 crores. The program has already cost the exchequer over Rs.13,000 crore of direct one-time subsidy. Unfortunately, the subsidy bill will continue to rise @ Rs.200/cylinder for every refilled cylinder. For 2017-18, LPG subsidies was pegged at Rs. 15,656.33 crore. This will balloon as connections increase.

Mr. Modi may have lost the opportunity. But I hope the next government thinks afresh.