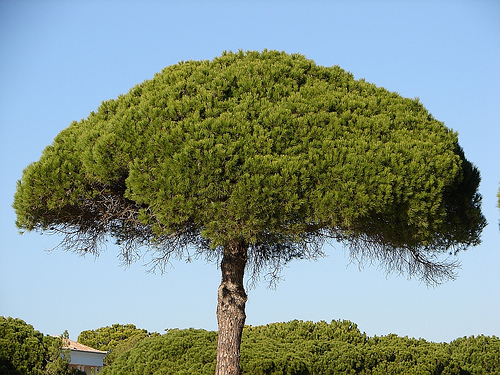 If all the fully grown trees in the country were to be cut, and sold, we can generate enough money to feed several crore poor households for at least a year.

The money generated will also give a major boost to our GDP.

A novel and wonderful way to tackle poverty!

However, what will we do the next year? With no more trees to chop, at least that source of income will be gone!

Instead, what we’ll have are higher levels of global warming, droughts, floods, uneven rain and of course the entire Indian humanity of 1.2 billion people gasping for oxygen.

On the positive side, we’ll have wide roads, a lot more cars and prosperity. We’ll also have a lot more C02, rather, we’ll be inundated with CO2!

It certainly doesn’t seem to be such a good idea to cut trees.

Here are a few facts we must re-visit: Some of the smartest and most intelligent members of our administrative machinery don’t get it. They want to cut trees to widen roads in cities.

Bangalore has lost hundreds of trees in the past few years, all in the name of widening roads. Many of these trees were over hundred years old. Lined on both sides of the road, they gave Bangloreans reasons to believe they lived in a garden city.

Recently, hundreds of school children left their homes on a Sunday to protest against indiscriminate cutting of trees on historic Jaymahal Road. These children formed a human chain to draw attention to this blind quest to kill 856 trees! (Read the entire story here)

Such decisions are taken despite the experience that wider roads don’t reduce traffic congestion. Check Delhi out: Delhi has roads on average two to three times wider than any other city in India. Yet, Delhi experiences more traffic hold-ups than any other city. China was in news recently for going through 60 km long traffic jam that lasted weeks, despite its fantastic road network. (Read the full story here) Why wider roads don’t reduce traffic congestion? Because, wider roads only results in more vehicles. And, soon enough we’re back to square one.  But the tree that provided life, is now gone!

I believe cutting a tree is like digging our own grave. Actually it’s worse. No tree would mean any wood available for our cremation, nor for making coffins. Quite tragic indeed.