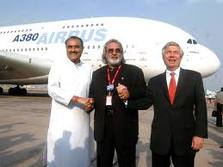 Before Air Deccan arrived on the scene, changing or canceling an air ticket cost nothing. You only had to visit the airline’s office to get your ticket ‘endorsed’.

rates. Which meant, people paid different amounts for the same flight, depending on ‘when’ the ticket was bought?

The model required some changes on how changes in travel dates and cancellations should be handled.

It used to charge Rs.200 for canceling a ticket, and Rs.150 for changing flight date or time. You could do this both online or offline over the phone.

Then somewhere, someone decided to charge Rs.750 – both for cancellation as well as change. Worse, if you’d booked through an online travel portal (Yatra, MakeMyTrip), you had to cough up an additional Rs.300. So, up to Rs.1,050!

Does it actually cost an airline Rs.750 to change flight dates or cancel a ticket?

Because, India is largely a ‘last minute’ booking market. This means that vast majority of the passenger (70-80%) book their tickets within 24 hours of the flight. All canceled tickets eventually get re-booked, often at a higher price.

Postponement of ticket is even more profitable as it doesn’t even have to be re-sold!

What about cost of effort, hassles, staff time, etc.?

Actually, online transaction costs the airline nothing. It certainly is a couple of minutes of effort for them if you were to call them or visited their ticket counter to change or cancel. .

I think airlines are able to get away with this as they have arrived at an understanding among themselves. I won’t be surprised if the Aviation Minister is also a party to this as neither he nor his department takes any action against this practice.

There are several other instances of such an understanding.

All the above can be, and several others which you and I may not have noticed, are routine regulatory issues. No one is actually regulating anything. If they are, it’s only to milk consumers.

Hence my question: what exactly does a Civil Aviation Minister do?

Moreover, with all new airports being handed by private companies and Air India on steroids, I see no role for a civil aviation minister. Do you?